So, it seems UNNAMED DAD was out past midnight with his 3-year-old child when he popped by the neighborhood tavern for a few, ah, adult beverages. So Daddy left the poor sleeping child in his truck and proceeded to get loaded. Some other patrons apparently took offense that Daddy was going to drive home (with a child) in a compromised state, so Daddy got into a fight with them. Nothing like drunk and negligent AND violent, huh?

INVISIBLE MOTHER ALERT: Why wasn’t this child home with his mother, instead of carousing with Daddy?

MADISON, Wis. — A Cambridge man is accused of leaving his 3-year-old son in a pickup truck while he drank at a tavern in Dane County.

The 33-year-old man is being held in the Dane County Jail on possible charges, including child neglect. Sheriff’s deputies were called to Heather’s Bar in the village of Rockdale about 12:30 a.m. Saturday on a report of an intoxicated patron who had left a small child in a truck in the parking lot.

When deputies arrived, two men were holding the father after fighting with him. Sheriff’s officials say one of the men discovered the child sleeping in the truck, took the keys out of the ignition and located the father inside the bar. Authorities say the father tried to leave the property with his son, but was detained by the men. 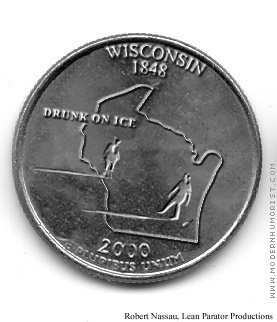 One thought on “Dad accused of leaving 3-year-old son in truck while Daddy got drunk (Madison, Wisconsin)”