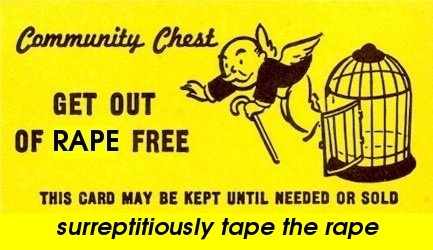 This is not the first time surreptitious (definition: 1. Obtained, done, or made by clandestine or stealthy means. 2. Acting with or marked by stealth. See Synonyms at secret.) photographing of his own sexual intercourse has saved a man from prison (Daily Mail, 4/2/09).

As with the UK man who was accused by the “BBC personality” of having raped her 40 times, this man was accused of rape and saved himself with his cell phone.  The false accuser can’t be named, but it seems the two had intercourse and she called the police and had him arrested that same night.  Unknown to her, he had photographed the encounter with his cell phone.  It was shown to her for the first time in court and the jury acquitted him of all counts.

The man is 41 and the woman is 27.  She’s a student and he “owns a multimedia company.”  Could she have had a hefty civil suit in mind?  As we’ve learned before, civil compensation for a false rape claim is not available at British law.

These MRA (Mens Rights Activists…yes, there is such a thing!) are so GRATEFUL the scumbag used his cell phone to record the “encounter”. Not to mention that the ‘alleged’ victim didn’t even get to SEE the recording until that day in court.

Too bad it’s not illegal in this country to be a fucking moron because I got a few nominations after reading the drivel from the MRA’s.